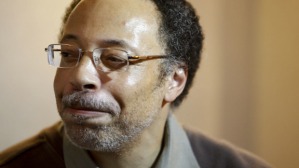 As a writer George Elliott Clarke has published in a variety of genres: verse collections, Saltwater Spirituals and Deeper Blues (1983), and Lush Dreams, Blue Exile (1994); a verse-novel, Whylah Falls (1990 & 2000); two verse plays, Whylah Falls: The Play (1999 & 2000), and Beatrice Chancy (1999). His opera Beatrice Chancy, with music by James Rolfe, has had four stage productions and a broadcast on CBC television. This powerful opera about slavery in the Nova Scotia of the early 1800s won great reviews and enthusiastic audiences. He wrote the screenplay for the feature film, One Heart Broken Into Song (Dir. Clement Virgo, 1999). The verse play, Whylah Falls, was staged in Venice in Italian (2002). Clarke continues to publish poetry with Provençal Songs (1993 & 1997), Gold Indigoes (2000), Blue (2001) and Illuminated Verse (2005). His Execution Poems (2001) won the Governor General’s Award for Poetry.

Clarke has been instrumental in promoting the work of writers of African descent, especially those of Nova Scotia. In 2002 he published Odysseys Home: Mapping African-Canadian Literature. Clarke coined the term, ‘Africadian’ to identify the Black culture of Atlantic Canada. The term is used in the title of Africadian Atlantic: Essays on George Elliott Clarke, edited by Joseph Pivato, a collection of 14 academic essays on Clarke’s literary achievements.

George Elliott Clarke has been an invited speaker to conferences and universities around the world. In October, 2006, he was appointed to the Order of Nova Scotia, and received an Honorary Doctor of Letters (honoris causa) from the University of Waterloo. In October 2010, he received his seventh honorary doctorate: Doctor of Laws, University of Windsor.

Edited from http://canadian-writers.athabascau.ca/english/writers/geclarke/geclarke.php; for further information and praise for Professor Clarke, please click on the link above.

The Concordia English Graduate Colloquium, now in its eighteenth year, is an annual academic conference run by graduate students in Concordia University’s English Department. The aim of this conference is to provide students the opportunity to share their research with peers and faculty and to engage in fruitful dialogue. The 2020 theme, The Aesthetics of Anxiety, examines the complex relationships between the senses, the affective, and the physical reactions to a myriad of events and entities that continue to solicit what can only be termed as anxious responses.